Our Watermill Story - So far... 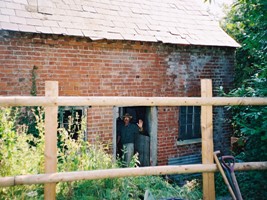 We have made quite a lot of progress at Shelsley Watermill since this photo was taken and you can read about it here.

At  there are two ways you can read about the water mill work, either by following the blog entries or by reading the chapters of the book as they are prepared.

We are hoping to add a video tour in the near future.

The chapters written so far are:

Click on any date to read that entry and then go forward or backwards from there.

Three blogs to start the ball rolling, all of which appeared first on a personal blog, the 24th, 29th and 31st August 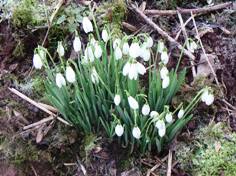 Reputedly March comes in like a lion, and the month did start with strong winds. It ended with some quite nice weather. Work carried regardless on the 4th, 6th, 11th, 13th, 18th, 20th, 25th and the 27th

Easter has been and gone and Spring is well under way. The clocks have changed so no excuses for finishing early. The work went on, on the 1st, 3rd, 8th, 10th, 15th-24th and the 29th

The Shelsley Walsh Hillclimb season starts this month. This means more people to view our work, if only from a distance. Click the dates to read the blogs. 1st and 3rd - 27th

The clocks have gone back and the nights are drawing in. The team just wraps up more warmly and keeps going adding to our watermill story.

It gets dark early at this time of year but we still try and meet regularly, starting on the 2nd  and continuing on the 9th, 11th, 16th and the 19th 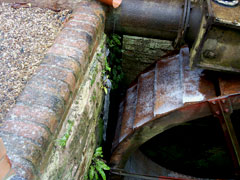 The year started with a cold spell but the team still turns up. After a MAC social meeting on New Year's Day the work started again on the 6th and the 8th, 13th and the 15th-29th.

The merry month is upon us and the hillclimb season at Shelsley Walsh gets under way. Work takes place on the 5th, 7th, 12th, 14th, 19th and the 21st-28th

Work on the watermill is slowing down as it nears completion but we continue to meet regularly. Read about what we did on 2nd - 11th and the 16th - 25th

production of blogs, so there is only one entry this month for the whole of July

The mornings are getting cool and the mist lies in the Teme valley but the volunteers still meet at the watermill. Read about the 1st - 13th and the 15th - 29th.

Only one blog entry for the whole month, describing the ongoing work.

A masterclass to start the month, with only the 8th a session before Christmas.

The first meeting of the new year, on the 18th, brought more snow.

The first blog of the month covers the end of February as well, followed by one covering 9th - 30th.

Read about our Grand Opening

Our Summer Roundup followed by Dredging the Mill Pool