The last few months at the mill have been varied. We have had an invasion of rats, not enough rain and now we have found some serious rot.

We thought we had eliminated the rodent problem but they came back when the weather turned cold. We had cleaned out as much of the meal as we could after milling, but there is always some left between the stones and rats can smell it from great distances.

Their attempts to get to the source of the scent highlighted some places where wood had gone a little soft, not to say downright fragile. More of that in a momment. The lack of rain for most of last year meant that the mill pool was very slow to refill after any running of the waterwheel. 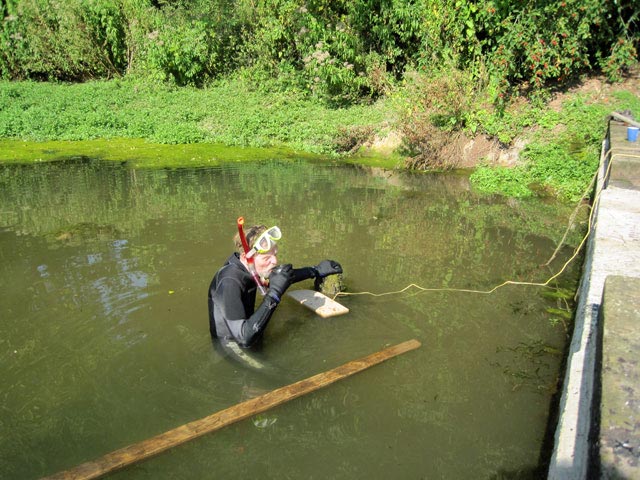 We realised that water was leaking past the plug and Richard took advantage of a warm spell in the weather, and a borrowed wet suit, to get into the pool and pack sandbags around the plug and the plug-hole.

These seem to have done the trick, and the pool now refill much quicker.

Rats gnawed at the base of the upstream tun, making a hole through one of the base segments. 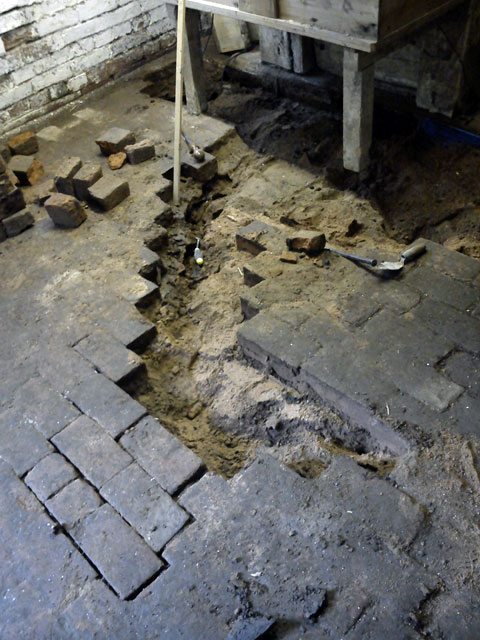 On examination this segment was quite rotten and we have now made a replacement. In the bottom of the mill the persistent pests had burrowed under the brick floor so that parts of it subsided.

Once we started to lift the floor to sort the subsidence out we realised the extent of the problem. The more bricks we took up the more tunnels we found and we have now taken up nearly half of the floor. We have taken advice from a pest control professional and are now in a position to start relaying the floor.

Before we can do that though we have another problem with rot that we must sort out. In a way the rats have done us a favour because they led us to something that could have caused serious trouble if we hadn't seen it in time. 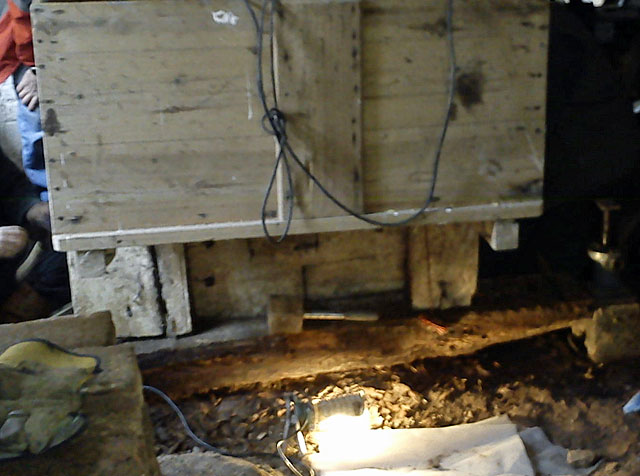 The ground beam under the downstream half of the hurst is seriously decayed. In places it is less than a quarter of its original thickness. The surfaces that are normally visible look sound but once we had removed the brick floor we could see just how bad it was.

A suitable piece of oak has been ordered and we are rounding up as many acro-props as we can muster to hold everything up while we remove the rotten beam and replace it with a new one. The plan is to make a like for like replacement that should hopefully last for many years.

Go to the next episode in the rat story