Woodwork was the name of the game today with several of the team held up for lack of material. Both Bob and John left for home early after they ran out of lime wash. 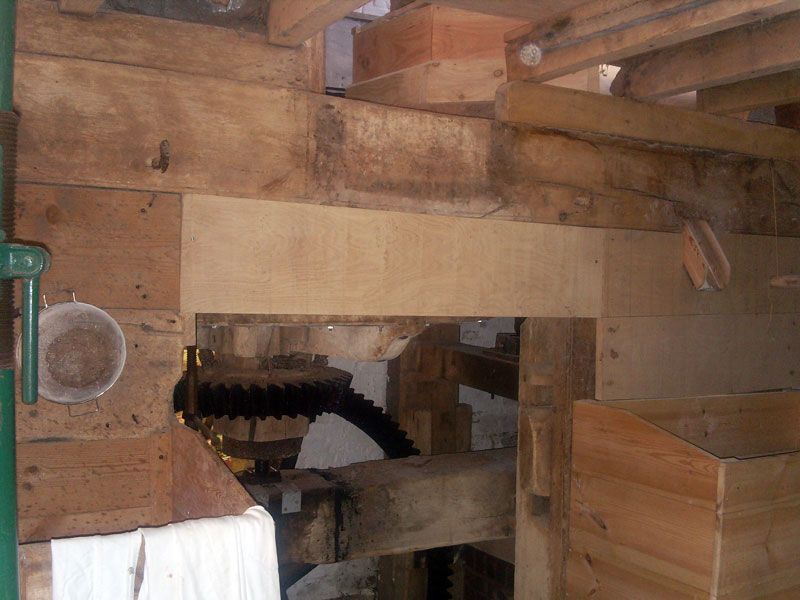 Jim and Richard had a much better time, fixing the safety board that keeps fingers out of the great spur gear.

The picture shows the new board in place. The steps are normally part of this area and would make it very easy for an unwary visitor or miller to put a hand on the gear as it is rotating.

Like the original board, the new one is fixed in place with screws so that it can be removed to give access to the cogs for maintenance.

Martyn and Jonathan spent the day in the stable, putting the storage cupboards back in their original position and generally preparing to move the large lathe into its final location.

Bob used up the last of the lime wash on the interior of the stable while John did a small brickwork repair at the foot of the steps up to the hay-loft.

Max found a number of small jobs to do during the morning as well as providing an extra pair of hands when required for Richard and Jim. They moved from using oak to more woodwork but with softwood, continuing the  rebuild of the downstream tun.

This tun is now essentially complete but we have not yet bored the dowel holes that locate the superstructure. Once that is done we can turn our attention to the grain hopper. 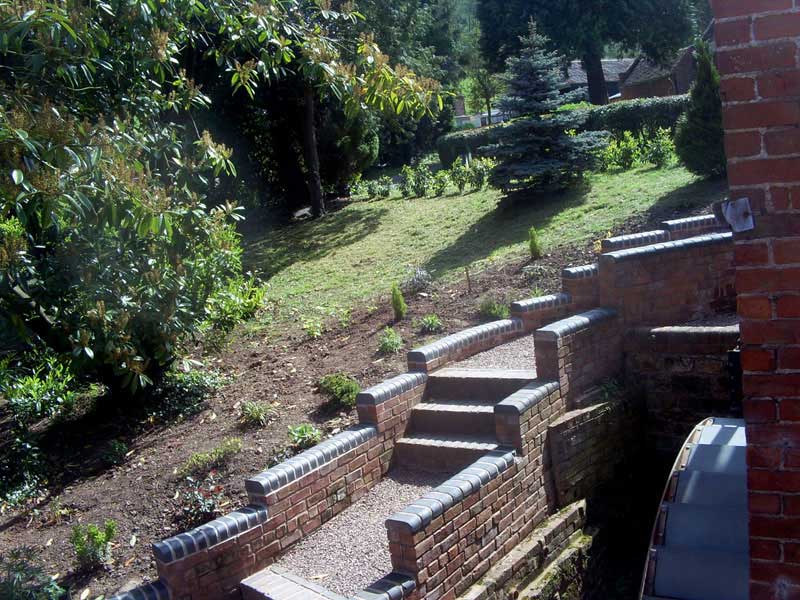 Tony did more gardening work, including cutting the grass on the south side of the mill.

he picture gives a good impression of the impact Tony's work has had on the appearance of the grounds around the mill.

It also shows the beautiful weather we have enjoyed for the last few days. This has slowed the work down a little as tea and meal breaks have tended to stretch as we bask in the sun instead of hurrying back to work to keep warm.

Go to the previous  entry before this woodwork story