It's taken four years and nearly eight thousand hours of work but the date of our Grand Opening finally came round.

The date was chosen to fall in National Mills Weekend, so the mill was actually working on Saturday the 8th as well as Sunday, but Sunday was the big day.

The weather on Saturday was cold and damp but we had a steady stream of visitors through the day, most of them hardened mill enthusiasts.

They all seemed to go away well pleased with what they had seen and we felt a bit more confident about the big day to follow.

Sunday, and the weather smiled on our endeavours. Sunny and a lot warmer than the previous day. We began to hope for a crowd and we were not disappointed. 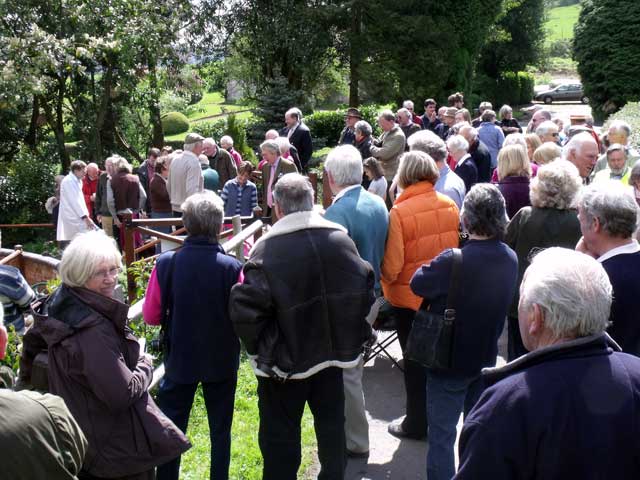 The first visitors arrived promptly at 10 o'clock and as 11:30 and the formal ceremony approached there were well over a hundred people gathered on the road above the mill.

The  opening party consisted of Martyn Herridge, Chairman of the Society, John Moody, President of the Midland Automobile Club and our Guests of Honour, Sir Anthony and Lady Winnington. ohn Moody gave a short speech  during which he invited the Dibnahs to identify themselves so the crowd could give them a round of applause for their efforts. He then called on Alexandra Winnington to cut the ribbon.

With the ribbon duly cut Martyn's  granddaughter Katy presented Lady Winnington with a bouquet and Sir Anthony turned the wheel valve to set the wheel in motion.

With the formalities complete the crowd investigated the mill, the stable workshop and the refreshments. The Dibnahs were kept busy answering questions. All our visitors seemed to like what they had seen and to be impressed by the work done. 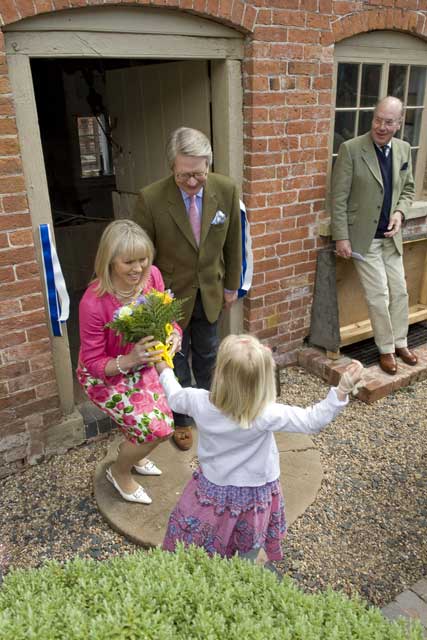 The Dibnahs' wives provided a spread of refreshments that certainly impressed the public, raising over £200 over the weekend, a great boost to our funds.

Not every visitor to our grand opening spotted one feature that was certainly not around when the mill last worked. Headley had made an indicator to show the water level in the vent pipe.

The indicator is a model of an old car surmounted by the MAC Rising Sun symbol. It sits on top of a long rod that goes down the vent pipe to a float. 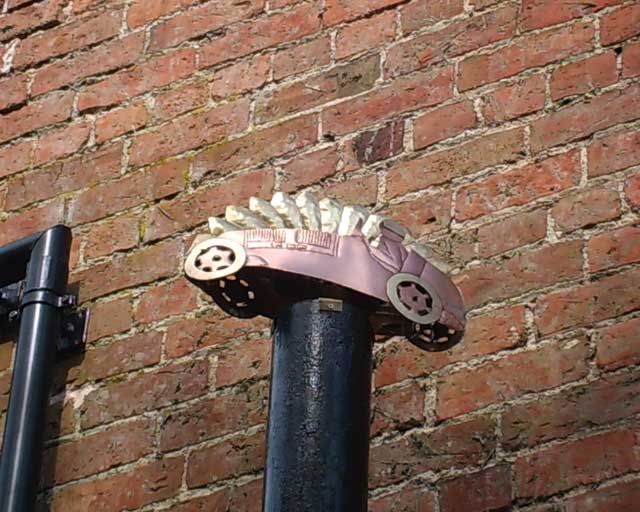 We have yet to decide how closely it indicates the level of water in the pond but it does look pretty good. Sunday afternoon would have been a good time to check it out if we hadn't been quite so busy with visitors. At 2 o'clock, after a quick lunch, Richard brought the stones together to do some proper work. Up until then the wheel had been running light, just turning under a trickle of water.

Milling flour takes a lot more water, but many visitors were pleased to see the meal coming out of the  chute. We can't sell the flour, but people were keen to take some away anyway even (or maybe because) having seen where it came from. 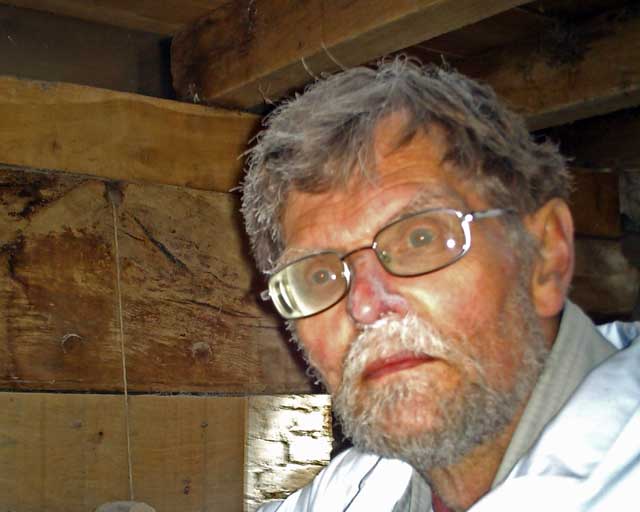 Richard was kept busy filling flour bags straight from the chute and donations rolled in.

This meant that the chute could not be fully covered and a certain amount of dust could escape. Aren't millers always called Dusty?

Milling continued until we ran the pool dry, well almost. The mill would never have worked more than a few hours each day and milling grain for animal feed would not have needed quite so much water. The state of the upstream pair of stones that we milled with would also affect how much water we used. 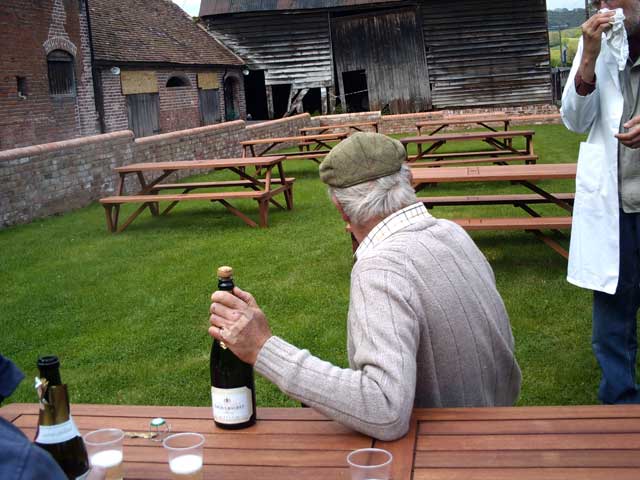 The scheduled close was set for 4 o'clock and the last of our visitors drifted away. The team did a few last checks and gathered round one of the picnic tables to finally crack open the champagne. It had been a long weekend but it went well with our Grand Opening. Our thanks go to all who supported us, especially the Dibnah's  wives who provided the refreshments. In total we raised just over £500, a useful amount that should keep us going for a while longer.